On 22/11/1971, the Polish Minister of Heavy Industry issued Ordinance 63/ORG/71 to establish a state-owned manufacturing enterprise named "Boiler Manufacturing Works under construction in Sędziszów", which became SEFAKO. The primary objective of the project in Sędziszów was to expand the national production capacity, to take over the production of new boiler ranges from existing facilities and to deal with the shortage of boiler components on the market. The decisive factors that favoured the location of the project in Sędziszów included the well-developed railway infrastructure (complete with a Russian wide rail gauge track), and the near vicinity of Huta Częstochowa, Huta Zawiercie, and other Silesian steel and metal works capable of securing the demand of the plant for metal products. SEFAKO had to be built from scratch in a small community of railway workers, and the project met many challenges, including the clearing of a nearby wood and engineering works to regulate River Mierzawa, since the plant was constructed on an old path of the river. 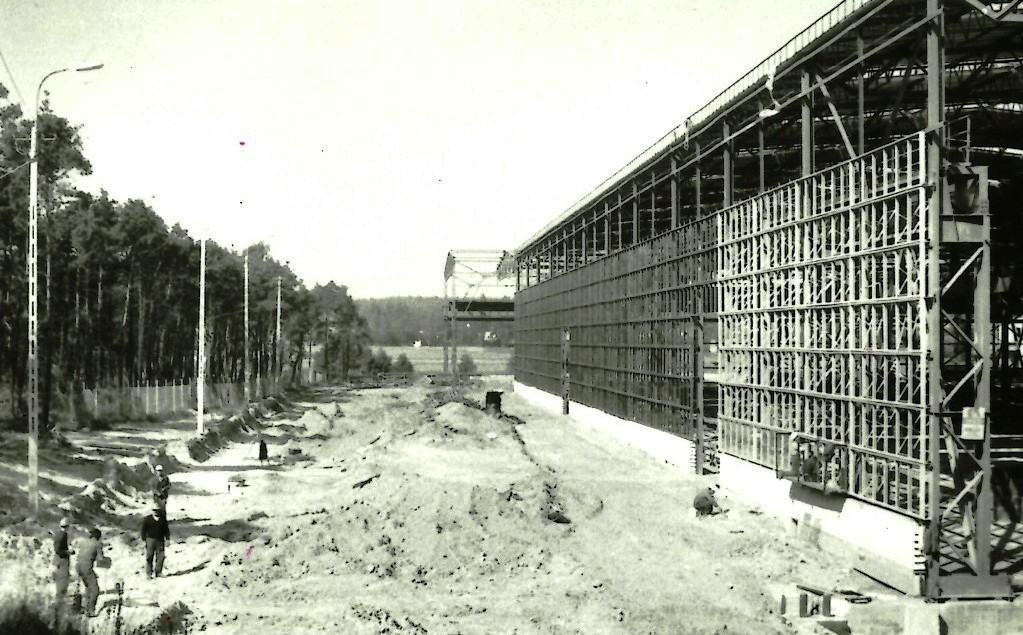 Since its founding, SEFAKO had seen dynamic growth. An unwritten alliance was forged between the SEFAKO and the local community, with the former providing job opportunities in the region, while enjoying the local resources, including people. Sędziszów flourished as the project expanded, from a small settlement to a bustling urban centre, which had its town rights granted in 1990. This mutual growth of community and enterprise provided better living opportunities for people in Sędziszów and its vicinity in the increasingly turbulent socio-economic climate before and after the end of the People's Republic of Poland in 1989. The first boiler to leave the SEFAKO Works was a 2.9-megawatt WR2.5 coal-fired water tube unit with a mechanical belt grate, designed for district heating. During the first two years of operation, SEFAKO made 663 boilers that provided heat and hot utility water for two million residents of multi-family housing projects. In February 1976, the first lot of boilers was exported to the USSR. Only a year later, the share of this export destination was 21% of SEFAKO's output. The first customer of SEFAKO beyond the Iron Curtain was BERTSCH in Austria. In 1977, SEFAKO had its first-ever exhibition at the Poznań International Fair. Five years later, SEFAKO featured at the Amsterdam Fair. SEFAKO was a major and active contributor to the Polish housing projects built with the so-called "modular housing factories", which provided prefabricated reinforced concrete walls and slabs for construction. The social and economic transformation in those years generated great demand for an increasing variety of solid, liquid and gas fired boiler designs. The same era saw a great shortage in the marketed ranges of heating boilers. At the beginning of the 1970s, the average lead time for the delivery of a heating boiler was 4 years. SEFAKO soon became the primary Polish supplier of small and medium power boilers for district heating plants, power engineering, industrial facilities, hospital units, greenhouse farms, and housing block heating plants.

SEFAKO has been in business for over 45 years, with many milestone dates to mark its growth and various ownership changes.

Since its first production year, SEFAKO has manufactured 330,000 tons of boilers and boiler components, which is over 8,000 complete boiler units, at an average of 8,000 tons of manufactured material or 200 boilers per year. During the last decade, SEFAKO S.A. has become a specialized manufacturer of biomass-fired boilers and HRSG boilers for gas turbines and WtEs, reinforcing its key vendor status in Europe. Over 100 boiler plants in Europe operate SEFAKO's boilers, and 30 projects have been outfitted with boiler units by SEFAKO's engineers. Today, SEFAKO employs approx. 1,000 people and manufactures its products on a total manufacturing area of over 50,000 m2, while its production output is 10,000 tons of boiler materials per annum.